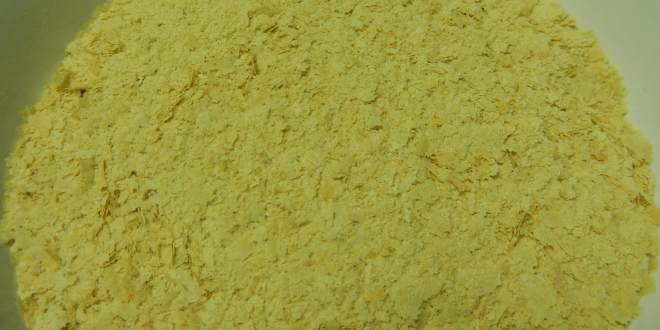 Vitamin B1, more commonly known as thiamine (also spelled thiamin), is a water-soluble vitamin and part of the B vitamin family. B vitamins help support adrenal function, nerves, and key metabolic processes.

Most of your cells depend on sugar as an energy source, and they employ aerobic energy production, which uses oxygen to help convert sugar into usable energy. Thiamine helps you turn sugar into the energy your body needs, because thiamine is part of the pyruvate dehydrogenase enzyme system that enables aerobic processing of sugar. Because thiamine is so important in energy production, and because food energy is usually measured in terms of calories, thiamine requirements are often described in relationship to caloric intake (for example, 0.5 milligrams of thiamine for every 1,000 calories consumed).

Thiamine also supports your nervous system by permitting healthy development of the myelin sheaths, fat-like coverings that surround most nerves. In the absence of thiamine, these coverings can degenerate or become damaged. Pain, prickly sensations, and nerve deadening are nerve-related symptoms that can result from thiamine deficiency. You also need thiamine to produce the neurotransmitter acetyl choline, which your nervous system uses to relay messages between your nerves and muscles. Acetyl choline is essential for memory and its deficiency is a significant contributing factor in age-related impairment in mental function (senility) and Alzheimer’s disease. Alzheimer’s disease is clinically characterized by a decrease in acetyl choline levels. Because your nervous system uses acetyl choline to ensure proper muscle tone in your heart, deficiency of thiamine can also result in compromised heart function.

Because very little thiamine is stored in your body, you can become depleted in as little as two weeks. Symptoms of thiamine deficiency (also known as “beriberi”) can result from inadequate intake or excessive loss of thiamine from the body, an increased requirement for thiamine  or consumption of anti-thiamine factors in food. Alcohol, carbonated beverages, coffee and tea, raw seafood, betel nuts (Areca catechu L.), horsetail (Equisetum arvense L.), and diuretic herbs may all lead to thiamine deficiency. Antacids, barbiturates, diuretics, and tobacco may lower levels of thiamine by decreasing absorption. Absorption of thiamine into your body requires adequate supplies of vitamins B6, B12, and folate. A deficiency in vitamin B12 can increase loss of thiamine in your urine, and vitamin B6 also appears to help regulate distribution of thiamine throughout your body.

Beriberi, a word derived from the Sinhalese word beri meaning “weakness,” is a disease that was widespread (particularly in parts of Asia) during the late 19th and early 20th century. In its most common form, the disease was characterized by muscular weakness , energy deprivation, and inactivity. Sailors on long voyages often got beriberi, until the addition of whole grains to their rations was discovered to prevent it. By 1926, researchers discovered that the substance in whole grains that could cure the lethargy in the sailors was vitamin B1. Although beriberi is extremely rare in the United States, our understanding of thiamine and its relationship to energy deprivation has carried over into our approach to other health problems (like alcoholism) in which thiamine deficiency plays a critical role.

Because of its ability to disrupt your body’s energy production, one of the first symptoms of thiamine deficiency is anorexia (loss of appetite), which is caused by the general listlessness and malaise. When your nervous system is unable to ensure proper muscle tone in your gastrointestinal tract, it can lead to indigestion or constipation. It can also lead to muscle tenderness, especially in the calf muscles. Other symptoms of thiamine deficiency related to nerve dysfunction happen because your body can’t correctly make the myelin sheaths wrapping the nerves without adequate thiamine, resulting in “pins and needles” sensations or numbness, especially in your legs.

The leading risk factor for thiamine deficiency in the United States is alcoholism. In fact, the link between alcoholism, heart disease, and thiamine deficiency is so strong that researchers have formally identified a specific disease called beriberi heart disease, which usually leads to congestive heart failure. Chronic alcoholics may need 10-100 times the ordinary thiamine requirement. Heavy users of coffee and tea may also have increased risk of thiamine deficiency, since these beverages act as diuretics and remove both water and water-soluble vitamins, including thiamine, from your body. Your need for thiamine is also increased by chronic stress, chronic diarrhea, chronic fever, and smoking. People with these health problems may need 5-10 times the ordinary amount of thiamine.

The following foods are good sources of thiamine:

Thiamine is generally considered safe and nontoxic, so you don’t have to worry about getting too much. Heat, acid, and other chemical substances, including sulfites and nitrites, can easily damage or inactivate thiamine. Processed grains, particularly those that are heated, can lose more than half of their original thiamine content. Long-term refrigeration of thiamine-containing foods can also result in substantial loss. Green beans, for example, lose over 90% of their original thiamine content after one year’s refrigeration, and the losses for other thiamine-containing foods range from 20-60%.

42 thoughts on “Thinking About Thiamine”